In the story, Tarawanti is a righteous symbol of mother. Her younger son’s name is Pappu, in the entire run of the story. And her elder son’s name is Nandu. The couple in this story includes a teleshopping businessman and his wife Jassi, who used to reside in Canada, and is a very simple-minded lady.

Eventually, in the story, another character is introduced. He is Jassi’s twin brother, and he too goes with the same name as his twin sister. One more pretty intriguing character is of Pug Ghungroo, who is, in reality, a dog. Although he can only talk to Pappu, he always speaks his mind and has to have a point of view or opinion on every situation that arises. This particular character adds freshness and distinguished uniqueness to each and every episode

Jassi’s twin brother, who quirkily shares her name, is also involved in the story gradually. However, keeping them all at bay, the show’s biggest attraction is a pug! (This breed of dogs has indeed won a million hearts, thanks to the Vodafone advertisements and well, now this TV series!) The Pug is called Pug Ghungroo. A unique feature that this dog brings with him is his ability to talk! However, there is a twist. Although the pug offers insights and his piece of mind on almost every situation that takes place, his words can only be heard by Pappu! This slightly unconventionaltheme makes this show different from both its contemporaries as well as predecessors. 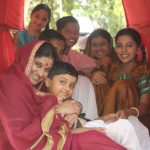 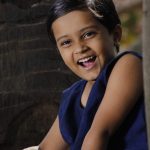 After faring well at the auditions, Amrut Gaikwad has bagged the coveted role. (Times of India) 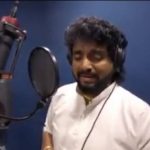 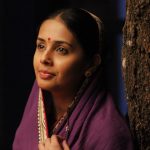 OUR ASSOCIATE BRANDS AND CLIENTS