Angad, Raaj and Umesh are three chuddy (childhood) buddies. They all have their independent personalities but would die for the bonding they share with each other. Everything they do in each other’s company and now it is their life taking shape, challenging the friendship.

Umesh is tech-geek, wanting to have his own social media site. He keeps posting the super PJs all the time. Angad struggling to become a dubbing artist and having a studio of his own. Raaj doesn’t really know what he would do apart from a modeling agency. But one thing is hard-rock clear for them – they have to earn bucks for their dreams – bending down to the destiny or tweaking it, anyway.

The motto of life here is Give it a shot or get – Ghantaa. Ghantaa literally means bells but in colloquial means bollocks. So, try till you get something, at least Ghantaa. Everyone prays for one golden opportunity to ring the bells but when this opportunity appears in front of you, does one really able to grab it ?? Funniest answer to this question is Ghantaa. The rat race in career, pressures for the girl friend’s folks to settle as early as possible and the risky temptations luring one around. None can escape the mess- gangsters, police, the wannabe politicians, party workers, businessmen, could the three smart but well-meaning youngsters can achieve their dreams through this mess. 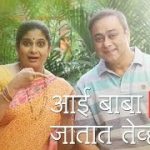 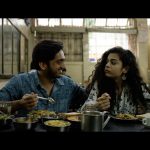 It is the economy of the film that makes it unique – it does more with less. Bollywood, are you listening? (The Quint) 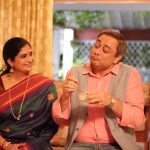 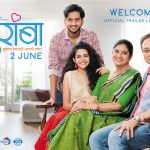